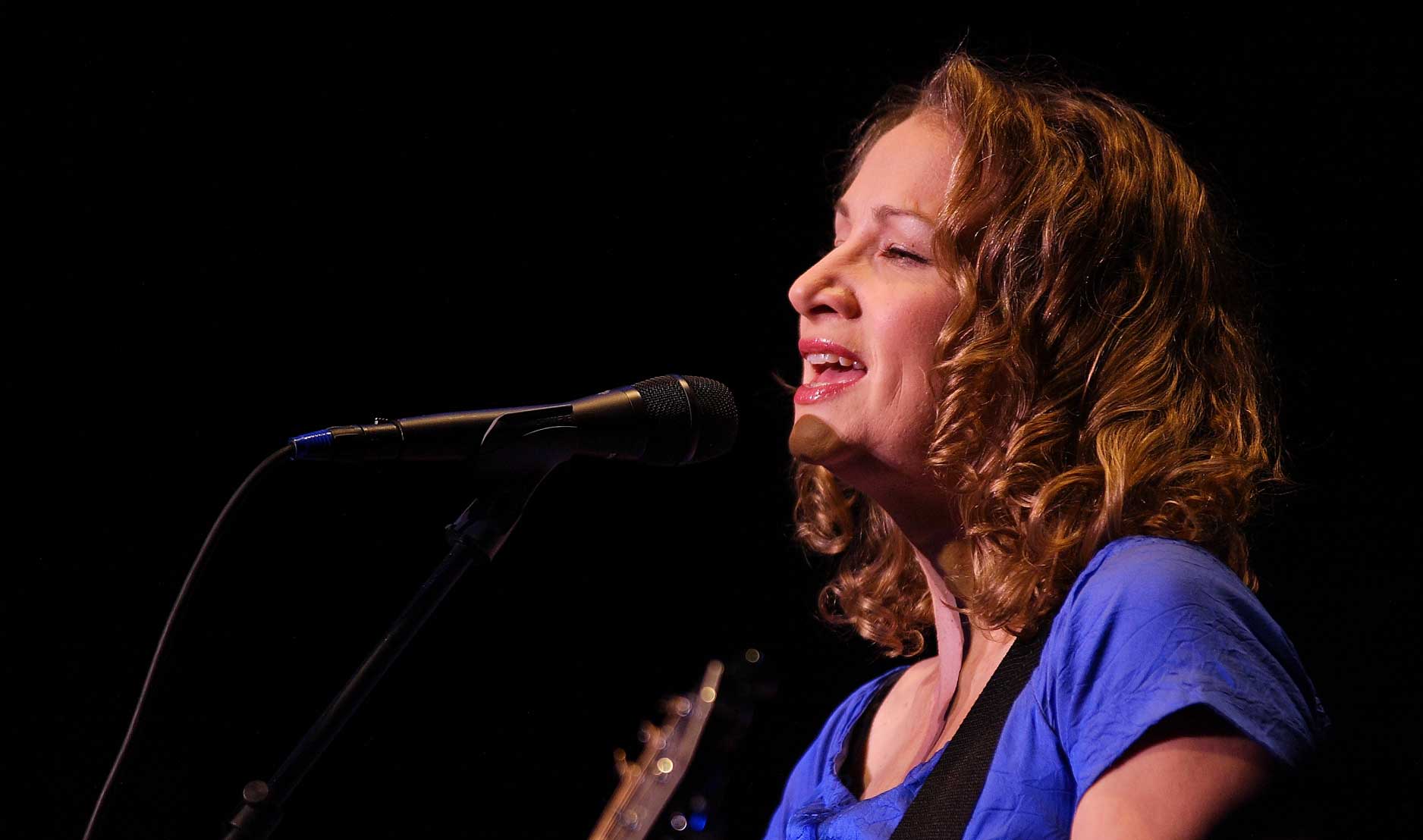 In an effort to become a player in Brooklyn’s burgeoning music scene, The Brooklyn Music Shop made its first event a memorable one, booking Joan Osborne and friends to play the landmark Grand Prospect Hall. The acoustics of the historic ballroom proved more than adequate as the venerable Holmes Brothers opened with “Amazing Grace” and breezed through a set of R&B originals and soul-tinged pop and country covers, with Wendell Holmes (guitar), Sherman Holmes (bass) and Popsy Dixon (drums) trading vocals. The stage began to smolder when the trio was joined by Catherine Russell who, among other highlights, transformed “Your Cheatin’ Heart” into the smoky blues number it always wanted to be.
Osborne took charge of the second half, accompanied on the first few numbers by keyboardist Keith Cotton, with the Holmes Brothers joining the party the rest of the way. While proving once again that nobody else covers a song and makes it her own better than she does, Osborne also reached back to her debut album Relish for some dynamic originals, including a high-energy duet with Catherine Russell on “Spider Web” and a blues-flavored take on “One of Us” that came across more reverent than the original.
Osborne was content to share backing vocals with Russell as she turned the encores over to the Holmes Brothers. She was, perhaps, paying homage to the trio that had mentored her early in her career, and few in the audience would argue with her assessment that if there were any justice in the world, “Wendell would be on the cover of every guitar magazine.” And as the ensemble joined him on the riveting “Feed My Soul,” it was apparent that the audience’s souls had been more than well fed by the evening’s entertainment.